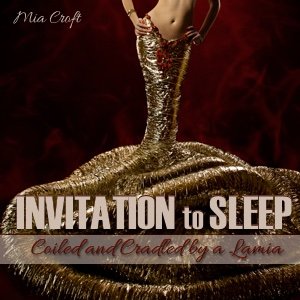 Wondering out in the dark forest late at night and looking for a place to sleep, you stumble upon a magnificent creature with a lithe, semi naked body, her stomach sloping down into a long, scaled, snake like tail. She invites you to follow her to her home, and stay with her for the night. Let her coil you up, cradle, and hiss you into the deepest sleep you have ever experienced.

This file is non-erotic and contains no awakening.

Copyright © 2016 by TheHypnoMistress
All rights reserved. No part of this session may be reproduced, distributed, or transmitted in any form or by any means.

5 reviews for Invitation to Sleep