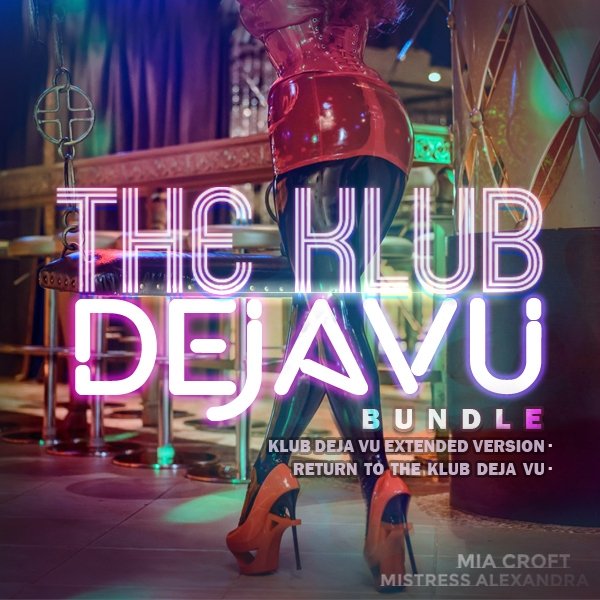 Imagine a night out with Mia, in her city, her favorite nightclub. The start of the evening seems a normal event; driving to town, entering the club, and meeting a mystery lady. But the more you become entranced, the more unsure you are of your wherabouts. A loop of events brings you back to the start of the night, but this time, the same events that repeat, are different. Lost in your own mind, you are helpless, confused, and aroused.

Allow Mia to sweep you off your feet in this EXTENDED VERSION, 75 minute session with extra scenes.

Return to Klub Deja Vu may just end up in your top 5 all time THM sessions. I know it’s up there on my list. At 80+ minutes and 10+ layers of voice, music, and sound effect tracks, this session will sweep you off your feet quite literally. Spirals, ASMR, whispers, sexy Dommes… allow your fantasies to become reality, at Klub Deja Vu.

Copyright © 2019 by TheHypnoMistress
All rights reserved. No part of this session may be reproduced, distributed, or transmitted in any form or by any means.