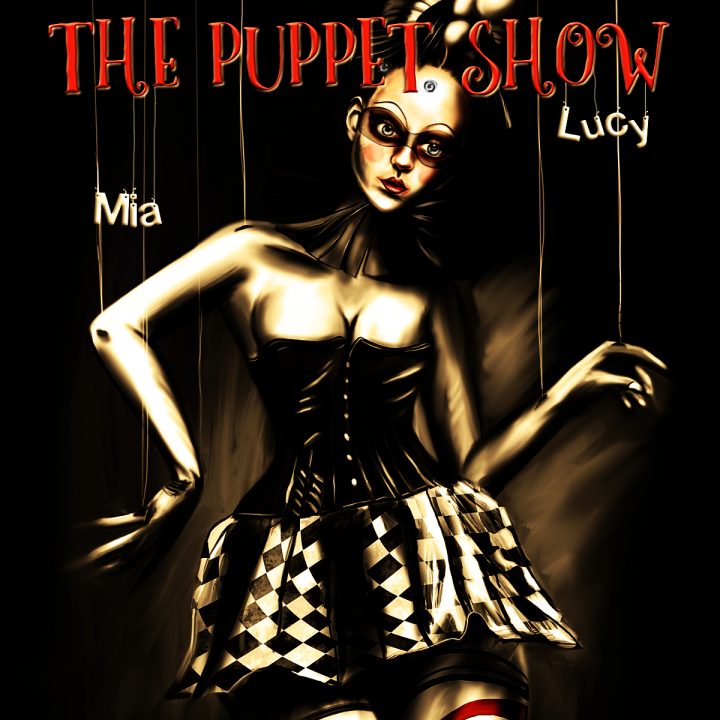 I’m sure you all know the story of Pinocchio, a little wooden puppet who wanted desperately to become a real boy and who was transformed for a time, as if by magic or illusion into the very thing he craved to be. But have you also heard the story about a boy who wanted to be a puppet? He longed to be transformed by magic, into a wooden toy, a still doll, lifeless and limp, open and empty until his hypnotist pulled on her strings, animating his wooden body so that he danced and wobbled about, performing for the audience. Nothing inside his empty mind but the thoughts she placed there.
Tonight, Mia will introduce the magnificent Lady Lucy, a highly skilled hypnotist and puppeteer who will present this story to the audience.
You have the chance to be in her audience, or maybe even the show itself.

8 reviews for The Puppet Show